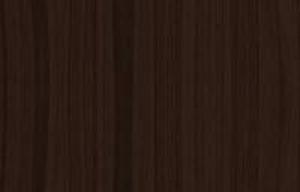 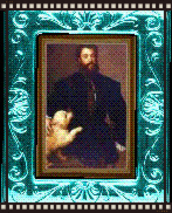 The Havanese is a member of the Barbichone family, a name later shortened to the Bichon Frise.  It is believed that they originated in the Mediterranean region, perhaps on the Island of Malta, where we get the Bolognese and Maltese.  In hopes of opening up free trade with Cuba, back in the 18th &19th Century, the Bichon was brought over by the Spanish and Italian traders as gifts to the Elite Cuban businessmen's wives.  Over the years of adapting to climates and customs in Cuba, there was a change noted in the dog's size and coat.  They were now smaller in size with a more silky white textured coat.  This new breed of dogs was named the Blanquito de la Habana.  Later, in the 19th Century, since Cubans like the French and German poodles so much, they started breeding them with the Blanquito de la Habana.  This gave rise to the Bichon Havanese or the Havanese Silk Dog that we have today.  These dogs rapidly became the symbols of wealth in the island's nation, because they were only bred as gifts for the elite ruling class, never being sold.  Even today, the Havanese is still the national dog of Cuba.  During the Cuban Revolution, most of the wealthy class families were driven into exile with many of them escaping to Florida with their dogs being left behind.  However, some of the dogs survived, making it to the US, which became the breeding foundation of the Havanese that we have today.  Through hardwork and dedication to the breed, the breed has slowly started to recover.  Today, there are approximately 7,000 living in the US.  Being so few, the havanese is recognized by the American Rare Breed Association.  In 1996, the AKC recognized the Havanese as a registered breed.  Each year, more and more puppies are being born and registered with the AKC.  In 2003, only 900 puppies were born and registered by the AKC.  In 2004, 1200 were born and registered.  In 2005, 1600 puppies were born and registered.  In 2006, 2000 puppies were born and registered.

Since the breed has been gaining popularity, the rank of the commonality for the Havanese breed has slowly risen from the #92 position in 1999 to #32 in 2009.  By 2010, the ranking has risen to # 31, just proving that the breed is very favorable with people for it's many wonderful attributes. As of more recently, in 2013, the Havanese had moved up in it's ranking to #25 in popularity.  In 2016, the Havanese had moved up into the 23rd most popular breed of dog spot.  Now in 2018, the ranking has held steady in the top 25 of the most popular breeds.

Where did Havanese come from?